I know it has been a while since I have posted a video all kinds of technical difficulties have occurred, but I’m back hopefully without any more hitches. Check out the new unboxing video I posted to YouTube a little while ago I’m a little rusty, but I’ll get back into the swing of things. I’m going to be uploading more videos soon so stay tuned! Until then check out our contests on Facebook and Twitter maybe you will be one of our lucky winners! Catch you on the SKYSIDE!

Just in time for the Holiday season! We are giving away a free starter pack to one lucky winner! To enter just go over to our YouTube channel in the video below to find out how to enter! Thanks everyone for such a great year! Until next time, we will catch you on the Skyside!

Bryan here from Bryan’s Toy Haven! Today we review Skylanders Trap Team’s first 2 adventure packs! Let us know what you think in the comments below about these awesome additions to Trap Team and until next time we will catch you on the SkySide!

Hey Addicts! Bryan from Bryan’s Toy Haven here, we got a fun little video put together for your viewing pleasure! Speed race challenge for Unboxing wave 2 Skylanders! We had a great time and hope you enjoy it as well! Until next time we will catch you on the Skyside!!!

Hey all you Addicts!

Whats everyone been up to this week? Well us over here at Bryan’s Toy Haven have been super busy with Skylanders of course! Today we reveal what Activision sent us in a surprise box of wave 2 stuff!!! We could barely believe our eyes when we opened it up! We also announce our next big giveaway and expect to have that video in the coming weeks! We hope you enjoy our special surprise box that we got and until next time we will catch you on the Skyside!!!! 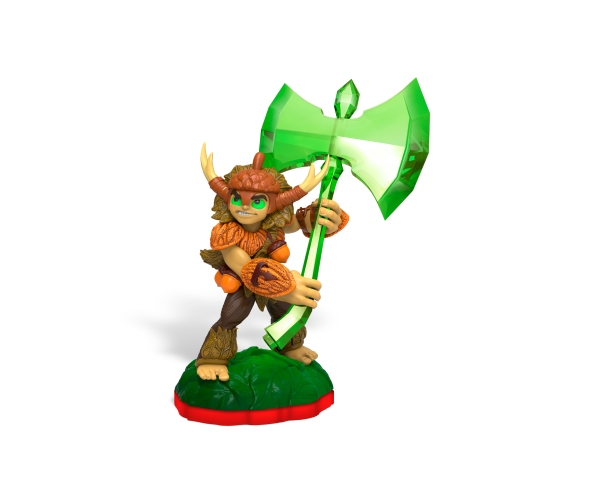 Just a heads up wave 2 is slated to hit Target and other retailers on October 12, 2014. This will be your chance to get the infamous Kaos trap and trap master Bushwack. I know a lot of you are asking about the Mirror of Mystery Adventure Pack but there is no confirmation of it being released with wave 2 as of yet. I reckon that it won’t be released until sometime in November or maybe even a Black Friday deal or something. Who knows we will have to wait and see what happens we may get a surprise. Until next time catch you on the SKYSIDE!

Just 2 days ago the moment we had all been waiting for had arrived and Swap Force was released in US. Yesterday there were Portal Masters reporting that Sam’s Club has already released wave 2. The list includes Twin Blade Chop Chop, Riptide, Heavy Duty Sprocket, Scorp, Big Bang Trigger Happy, Anchors Away Gill Grunt, Knock Out Terrafin, and StarStrike. 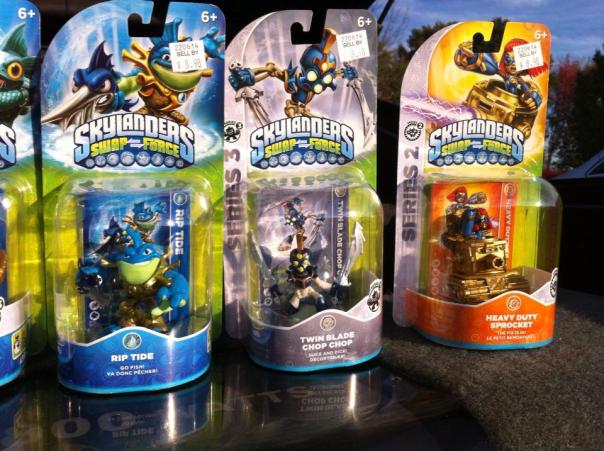 I’m hoping to be able to get my hands on some more figures here soon. I will post videos and pics of the stuff I grabbed so far and where to get it soon. Thanks to fellow Skylander Addict Glenn York for the pics from Sam’s Club.
Catch you on the SKYSIDE!