Could This Be The New Skylanders Game?

I happened to see a post about the Vicarious Visions team playing what could potentially be the next installment in the Skylanders series. Take a look at this picture found on DarkSpyro posted by DS user fairyland. 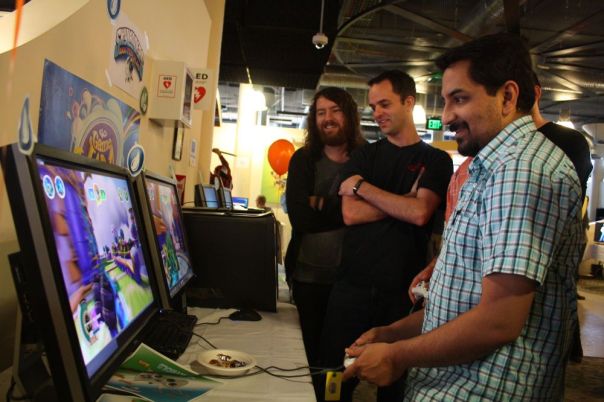 Here are some close up shots of the screen uploaded by DS user CountMoneyBone.

Here is a close up of the game title posted on DS by the Skylander Dad under the SkylanderKids user name. Can you figure out what it says? 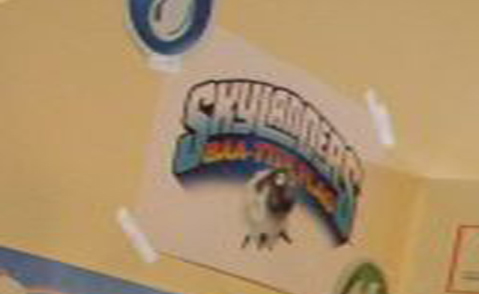 Lots of us have tried to figure out what the game title says. Some say Baa-ttle Island(s), some say Baa-tle Land(s), which is what I thought it said when I first looked at it. After looking at it some more and seeing the post from the Skylanders Dad I’m pretty convinced it says Baa-ttle Flag. Skylanders Dad speculates that this could be a capture the flag style of game using the sheep as the flag. It makes perfect sense to me and even more sense that if this is released it will be a spin-off or mobile app.

As you can see from the images it seems that it is a two player multiplayer game as there are two game screens. Some have rumored that it could be a PC release, but after I looked at the photo more the VV employees are using XBOX controllers the game is just set up next to a set of computers. I don’t think that this will be a PC release, but I also am not to sure that this will be Skylanders 5 either. Here are my reasons…

If this game ever sees the light of day I think it will be released as a mini game, a spin-off title (not Skylanders 5), or be released much like Battle Grounds or Cloud Patrol as a mobile app where the toy can be linked, but are not necessary to play the game Skylanders can be purchased through the game app.

Either way I’m excited to see new ideas are being explored with the Skylanders franchise. I think spin-off games could be a fresh breathe of life for the series. Could you imagine Skylanders fighter games, racing games like Mario Kart, Party games like Mario Party, man the list can go on. Whatever Actvision, VV, and TFB have up their sleeve we know it is going to be amazing and I can’t wait to see if this idea makes the cut and flourishes into another epic chapter in Skylanders history. Special thanks to everyone that shared images or posted about this topic on DarkSpyro. Until next time I’ll catch you all on the SKYSIDE!