SKYLANDERS AND AUTISM SPEAKS PARTNER UP FOR AUTISM AWARENESS MONTH

Been a little while since I have posted some of you may know I’m expecting a new addition. Pretty much all my time has been taken up getting ready. I know this is old news to most of you, but I got an email from Activision earlier today. Enclosed was the official press release for the partnership between Activision (Skylanders) and Autism Speaks. Quick briefing to help celebrate and show how much Skylanders supports the cause a special set of Skylanders figures will be released on March 1st pretty much everywhere Skylanders are sold, though some stores have already been stocking the shelves with these beauties. They are what I have reported about for a while now the Power Blue Supercharger variants. Here is the full scoop about this awesome release of figures!

Collaboration Brings Attention to Important Cause

that Supports Affected Kids and Families around the World

To support the millions of families affected by autism, Skylanders®, the beloved kids videogame franchise, and Autism Speaks, an organization dedicated to autism science and advocacy, invite fans to “Light it up Blue” with one-of-a-kind toys. Through this creative collaboration for April’s Autism Awareness Month, Skylanders and Autism Speaks are raising awareness for an important cause — and in true Skylanders fashion, are having fun while doing it.

“Autism affects one in every 42 boys and one in 68 children in the U.S. We’re proud to work with Skylanders, an iconic franchise that’s known for bringing joy and magic to kids and families,” said Peter Morton, vice president of Corporate Development at Autism Speaks. “This year’s Light it up Blue campaign for World Autism Awareness Day marks our first alliance with a videogame and toy, and we couldn’t be more excited.” 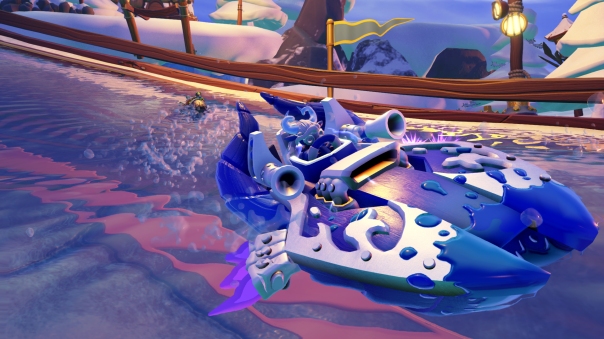 The new series of Skylanders SuperChargers toys are blue and white to reflect Autism Speaks’ official colors.  The “Power Blue” Skylanders SuperChargers feature Splat and Trigger Happy, as well as their SuperCharged vehicles Splatter Splasher and Gold Rusher — all of which appear in-game as their special colors. The toys are on store shelves now at participating retailers in the U.S. and Europe and will be available starting April 1 in Canada. 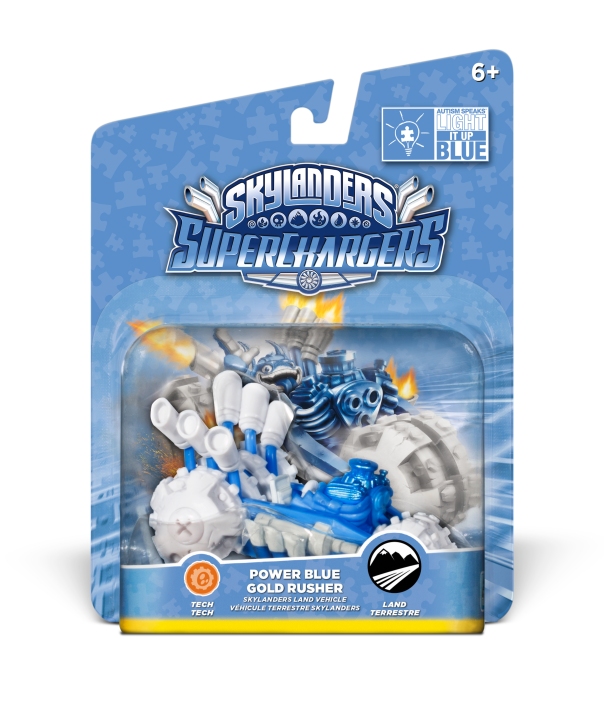 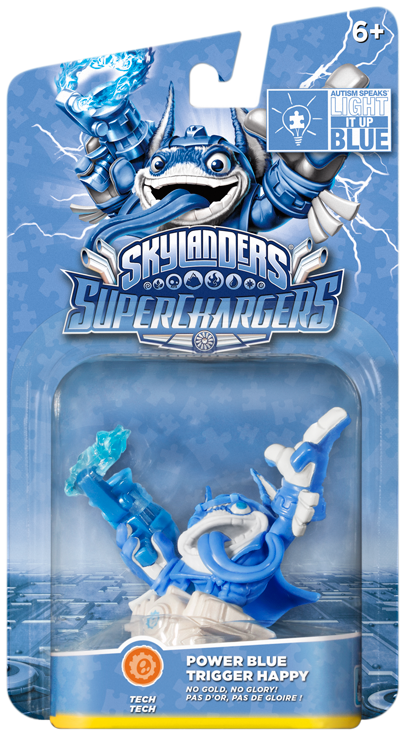 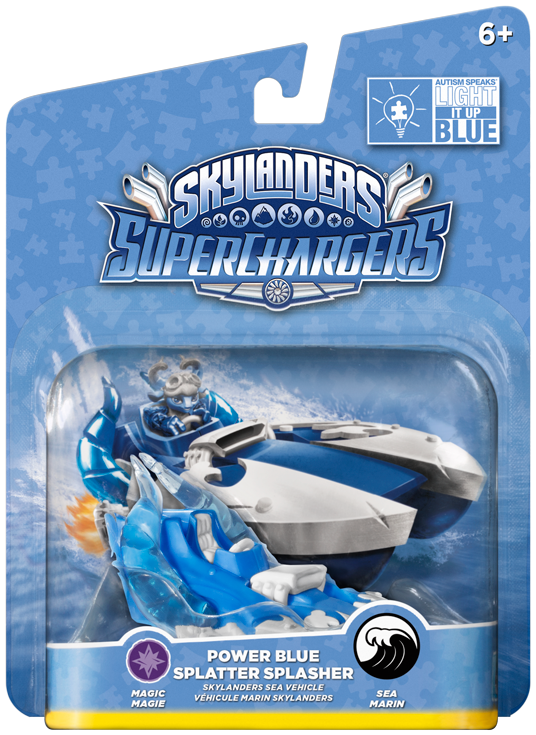 “When my son was diagnosed with autism, I felt very alone. From my first Autism Speaks Walk, I felt the power of community, and this partnership with Skylanderswill bring awareness and belonging to kids and families in a unique way,” said Matt Asner, director of Corporate Development, Autism Speaks. 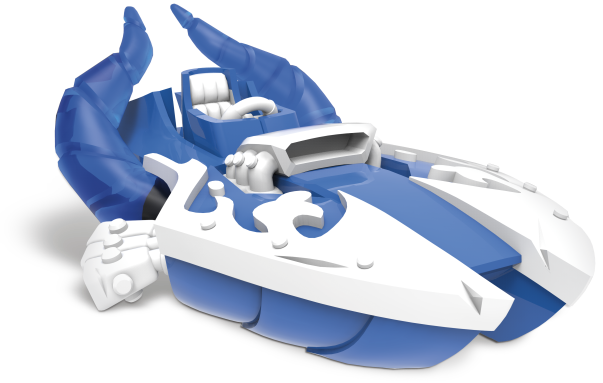 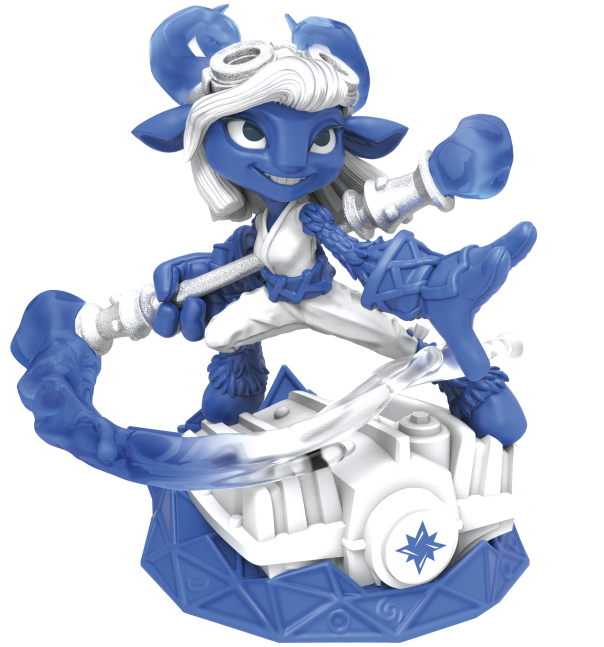 In addition to creating the Power Blue Skylanders SuperChargers and bringing them to life in game, Activision Publishing, Inc., a wholly owned subsidiary of Activision Blizzard, Inc. (NASDAQ: ATVI) is launching employee education and employee-donation matching programs in connection with Autism Awareness Month.  Additionally, in recognition of World Autism Awareness Day, employees will have the opportunity to participate in the Autism Speaks Walk on April 2 at the Rose Bowl in Pasadena.  Activision is also making donations to non-profits that are making a difference in the autism community.

I think it says something about Activision that they are supporting and awesome cause and giving us portal masters a chance to add something unique to our collections. I know a lot of parents that read this blog with a child or children with Autism so I know this is an issue that hits home. I have seen some of you express how awesome this is of the Skylanders game to partner up with Autism Speaks just makes you warm all over doesn’t it?

I will be getting more than one set of these to help support the cause. I hope that a lot of you will be supporting the “Light It Up Blue” campaign by purchasing a set or two of these as well. Until next time I’ll catch you on the SKYSIDE!